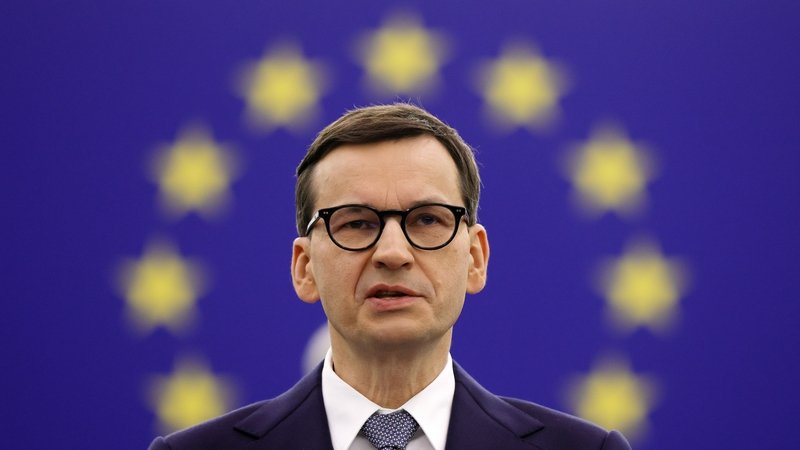 The President of the European Commission and the Polish Prime Minister have clashed during a debate in the European Parliament over the primacy of EU law.

It follows a ruling by a Polish court that EU law did not have primacy over national law, triggering an escalation in tensions between Poland and the European Commission.

Opening the debate, Commission President Ursula von der Leyen said if EU law was interpreted differently in different member states, then the rights of European citizens would be denied.

She said the Polish constitutional tribunal which ruled that Polish law was supreme over EU law was not independent and was “illegitimate”.

Hitting back, the Polish Prime Minister Mateusz Morawiecki accused judges in the European Court of Justice (ECJ) of “activism” and legal creativity in attempting to expand their competences.

Poland, he said, would not be blackmailed or threatened.

The debate follows months of rising tension over the rule of law in Poland, dating back to 2015, with the EU accusing the right-wing Law and Justice Party (PiS) of trampling on the independence of the judiciary.

The European Commission has taken legal action against Poland, and has held up disbursement of Poland’s share of the EU’s €750 billion Covid recovery fund.

The Commission has already invoked Article 7 of the Lisbon Treaty, which can be triggered if there is a persistent breach of the EU’s fundamental values, including freedom, democracy, equality, the rule of law and respect for human rights.

However, Article’s 7’s provision for suspending a country’s voting rights requires unanimity, and Hungary has signalled it would veto such a move.

During this morning’s debate in Strasbourg, both the Commission President and the Polish Prime Minister invoked the memory of the Polish trade union Solidarity which was instrumental in helping bring down the Iron Curtain. 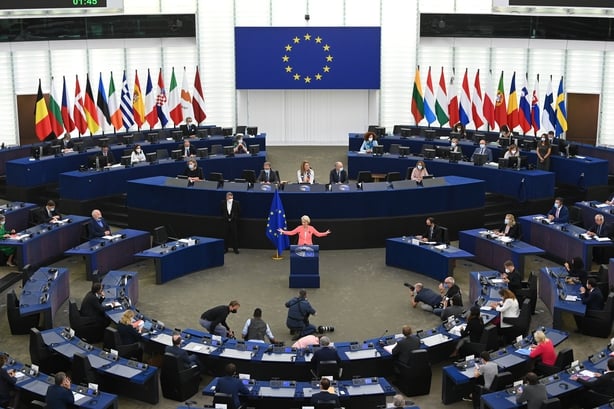 However,Mr Morawiecki accused the ECJ of issuing different verdicts for different member states, and that Poland was being attacked in an “unfair” and “impartial” way.

He said the Polish constitutional court was the supreme body adjudicating on law, except where there were competences delegated by member states to the EU. Without giving specific examples, Mr Morawieck accused the ECJ of creating a “fait accompli” by attempting to expand those competences.

He said the ECJ had decided where the line was drawn between EU and national competences, and this was what the Polish constitutional tribunal had rejected.

However, Ms von der Leyen said the ruling called into question the foundations of the European Union and the unity of the EU’s legal order, which, she said, provided legal rights, legal certainty and mutual trust.

Mr Morawieck said he expected dialogue, and called for a new layer to be created within the ECJ, in which national constitutional judges would sit.

She told MEPs: “We cannot and will not allow our common values to be put at risk.

This morning’s debate indicates a deepening escalation of the crisis. EU leaders meeting for a summit in Brussels this week will address the issue.