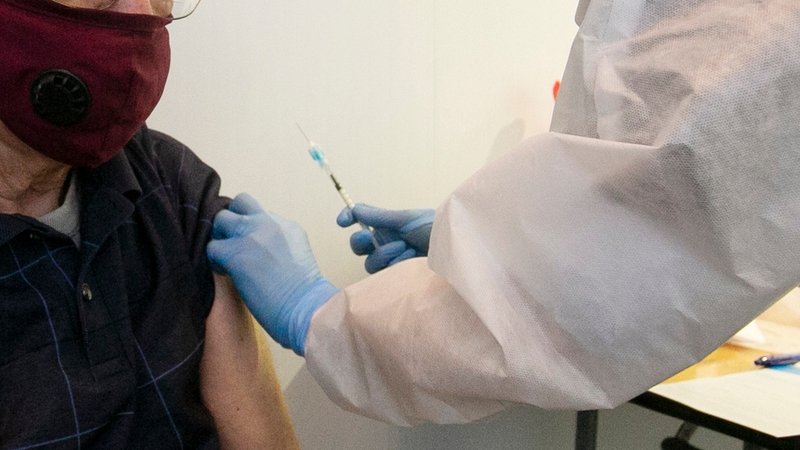 Vaccine boosters for people aged 60 and over have been approved by the National Immunisation Advisory Committee (NIAC).

The approval was confirmed at a meeting in Government Buildings last night.

No decision has been reached yet by NIAC on a booster jab for health care workers.

The matter is being kept under review by the advisory committee but the Government considers it an urgent matter.

Minister for Health Stephen Donnelly said the advice he has received from NIAC regarding Covid-19 boosters for over 60s is that it can be an mRNA vaccine regardless of the first vaccine they had.

Speaking on his way into a Cabinet meeting, Minister Donnelly said there is a “very strong case to be made” for boosters for healthcare workers, and he is seeking further advice on that.

“We’ve obviously been led by NIAC advice on this, the public put a lot of trust in that.

“NIAC are looking at it and I’m in close engagement with the Chief Medical Officer on that.”

NIAC has been examining the issue of booster vaccinations for some time.

One of the main questions was the age group, whether it should be for those over 60 or 65 years.

The European Medicines Agency has said that booster doses of the Pfizer vaccine could be given at least six months after the second dose, in those aged 18 years or older.

Recently NIAC found that the evidence did not currently support giving a booster dose to health staff. It has not changed that advice in its latest opinion but it will be kept under rolling review.

The Health Service Executive will now plan the roll-out of booster doses to those over 60, under the fresh advice from NIAC.

Meanwhile, more than 90 nursing homes, both public and private, have reported Covid outbreaks, according to the Chief Executive of Nursing Homes Ireland Tadhg Daly.

Mr Daly said that residents are not presenting as sick and that most of the over-65s have received their booster shots.

Nursing homes are now waiting to see when those under the age of 65 and healthcare staff can receive their boosters.

NIAC approves vaccine booster for those aged 60 and over